CONTACTS
SERVICES
ABOUT US

Public and private initiatives have been combined to implement modern programs aimed at creating a safe environment for a child.
Write to us. We will contact you and discuss your tasks.
Photo: Unsplash / Robert Collins
TASK
To find a "spherical bear in a vacuum"
Head of the ANCO (leading methodologist)
A person from the real sector (and not an NPO worker) who uses a project approach and thinks with KPI logic
Strong GR competence
Understanding the mechanisms of coordination at all levels of government such as both at the federal and regional levels 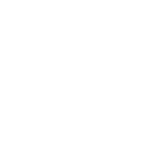 Milana Dzhidzhoeva
CEO & Founder soter
"The project was new and was planned as a starting point in the formation of a multi-level system of working with children. In the process of searching for a suitable specialist, it became clear that the functional of the future employee is something that no one has done yet, and is unlikely to do in the next 2-3 years. That's why, when choosing, we fully used the competence model, presenting a vacancy outside the usual professions"
The way we worked
We built a profile
After brainstorming with the client, we made a competence map of a future specialist.
We had to find a very well-rounded person, thus is Jack of all trades.
We walked our feet of while we were looking for
At first, we were looking for a suitable specialist among project managers, strategic communications directors and development directors.

Soon it became clear that no one had done what needed to be done before. That's why, we failed to find a person with relevant experience. We realized that we needed a visionary methodologist, who would think in the image of the future, without being afraid of becoming a project leader, practicing not only the methodology, but also the external contour.
We found the only one
We found a specialist who can work with "both hemispheres" at once. On the one hand, to systematize all the work, to clear up risks, to analyze international experience, on the other, to present the necessary image of the result, to come up with ways to achieve it and design road-maps.
RESULTS OF THE WORK

In fact, we created a new profession